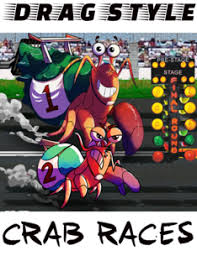 Save the Date!  Join us March 17, 2018 for the 6th annual Hermit Crab Races at the Van Wert Moose Lodge.

Check back soon for details.

What are Hermit Crab Races?  Click the link below to play a video from one of our races:

The Van Wert Community Club is pleased to
announce the winners of this year’s Putt Around Van Wert held January 27, 2018.

The club thanks all of the golfers and the participating businesses who designed
and built holes unique to their organization: Elks Lodge 1197, American Legion
Post 178, Lee’s Ace Hardware, Fricker’s, Sears, Van Wert Bedrooms, Lee Kinstle
GM Sales & Service, Veterans of Foreign Wars Post 5803, Eickholt Farms, Leland
Smith Insurance, and Moose Lodge #1320, and YMCA of Van Wert County. The club
also thanks the various volunteers whose help made the day a success.